In their true essence, all games are some sort of a puzzle, a head-scratcher where players constantly look for the missing pieces to find solutions to their puzzled-up problems.

Needless to say, it’s a year of seminal video games, specifically puzzle video games that are continuously creating history. So if you still aren’t an avid player, now is the time to be one.

A huge range of users enjoys puzzle games, from the basic process of learning Tetris to the brain-melting workout created by Opus Magnum. When it comes to progress, onboarding, and deterring the user from bashing their head into a figurative wall, puzzle design and structure provide a unique dilemma.

Topping the list, we have Puyo Puyo Tetris. Puyo Puyo Tetris is nothing new. There has been a famous puzzle game called Tetris since 1984. Originally released in 1991, Puyo Puyo is a connect-four-blob puzzle game. Spin-offs have changed the formulae of both games throughout time, but their basic frameworks are still intact. While merging the two puzzle genres into one fantastic product, Puyo Puyo Tetris still manages to seem fresh and new.

There are essentially two games in one: Puyo Puyo and classic Tetris from Sega. If you haven’t played Puyo Puyo before, it’s a lot like Dr. Mario in terms of gameplay. If you’re a Puyo fan, you’ll love this game. At least four identical colored Puyos will clear. The interesting thing about this game is that the two-game modes don’t have to be mutually exclusive to be fun. Choose from a variety of play styles, or combine them for a really unique experience.

Gameplay is around solving progressively tough riddles while traversing an ancient ruin system in The Talos Principle game. You’re told by your creator, Elohim, to explore the universe he’s made but not to climb the tower in the middle. But as the game develops, it becomes obvious that the lovely world you’re experiencing isn’t what it seems. 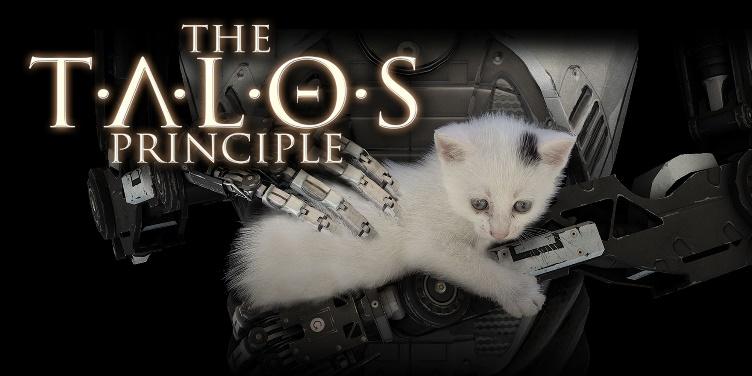 Artificial Intelligence and Human Consciousness are explored in depth in The Talos Principle. Some of the other titles on this list are lighter, but for those who want to investigate the world’s mysteries via a video game that is this smartly designed, the world doesn’t get better!

To make it even better, you could go on full gamer boy mode and set this up on multiple monitors set up and play some music to really get you in the feels.

So, if you’re into philosophy and puzzles, you’re going to love Talos’s principle.

One of the most popular phrases used for Opus Magnum is that it is a “programming game.” To get a certain outcome, you play as an alchemist. In most cases, solving a problem involves combining A and B to form C. But Opus Magnum is not about the final product. It’sIt’s all about the journey.

You’ll need to create a semi-autonomous machine with levers, cranes, and switches to achieve your goal. Playing Opus Magnum for a few hours becomes less about whether you solved each and every problem and more about how you solved them. There’sThere’s always a way to enhance your machines, even after you’ve won the game. This is done by removing or adding parts from and to the device in question.

You could go all classic and play the big ol’ game of Hyper Sudoku by Unlimited Gamez MO. To solve a Hyper Sudoku, you need to fill in the numbers from 1 to 9 into the blank cells. 13 countries and territories (four regions overlap with the nine standard areas). The digits 1 to 9 can only appear once in every location. Any other type of Sudoku can be used to solve Hyper Sudoku. It is still no Al escargot and thus can be solved easily by those who have the technique to play the normal Sudoku.

When playing Unheard, you take on the role of a detective seeking to investigate murders. But unlike Return of the Obra Dinn, there are no visual cues to help you navigate. Take the role of “acoustic detective” and try to figure out what happened by using just your ears.

A really unique experience that forces you to pay attention at all times. While a crime scene isn’t recreated from evidence like you would with a forensics program but rather is experienced in real-time, the cases are filled with useless information and red herrings.” The audit log should be viewed with caution, though, since events can change in a blink of an eye (or ear).

To put together the puzzle

It is no surprise that puzzle games have proven to be good for mental health and the sharpness of people. Under Parental Guidance, puzzle games can actually prove beneficial and an active growth receptor for young brains.

Lastly, stay tuned to our blog to hear about more and more games and gaming techniques that you need to know to be one of the best in the industry.

Remember, if you end up playing any of these games, make sure that you get back to us with its feedback!

Audrey Throne has an ongoing affair with the words that capture readers’ attention. Her passion for writing dates back to her pre-blogging days. She loves to share her thoughts related to business, technology, health and fashion.