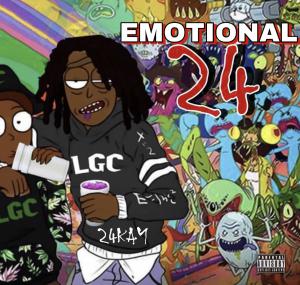 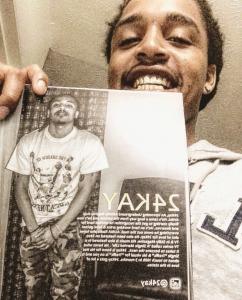 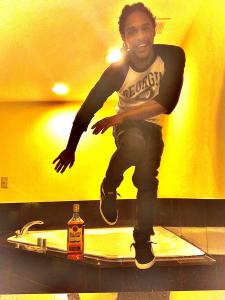 24Kay Is Dropping Emotional 24 The End Of July

The main focus is to remain focused”
— Lil Wayne

ATLANTA, GA, UNITED STATES, March 24, 2021 /EINPresswire.com/ — As you’ve heard the talk and rumors about “Emotional 24” & they’re all true! He’s finally dropping a project that can “have you in your feelings.” 24Demar is set to drop this masterpiece by the end of July 2021.

24Kay lets most of his emotions out on this one & most people can’t wait to hear it! The majority of his hits fall under Rap or Pop. Those who are big fans of 24 will be fascinated with the ‘sensitive’ side of the artist most people don’t get to see! He’s been working on this exact project for approximately almost 2 years wanting it to be perfect and also having the right sounds. This project is reported to have 5 songs of some recent disturbing situations.

Not a lot of artist nor musicians shows the world it’s okay to have feelings. This was his way of letting it be known without feelings we wouldn’t be human. He recently dropped a collab album “Part 2” with “Lo6ix” in December.

Last year, the artist dropped over 14 projects letting it be known that he can create a bunch of music while also getting all his music heard at the same time. As you can he’s taking advantage of the “Covid lockdown.” 24Kay was due to go on tour in South Korea but due to Covid-19 they canceled the “24 Tour.”

This artist is most definitely unique as well as creative. His social media pages are mainly him supporting his fans as well as them promoting his music. Overall, we need more artists like this in the game. Not a lot of artists can stay to themself and keep striving no matter what. Being independent is the route most artists are taking due to the fact of a lot of labels aren’t paying them what they deserve. Be on the lookout and know “Emotional 24” is on the way!

7 Ways To Win The PPO Game: Negotiate From A Position Of Strength! – Airs On April 22