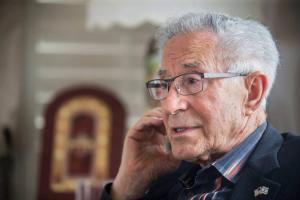 “I believe sharing my story of going from a Nazi nightmare to an American dream can help others.” 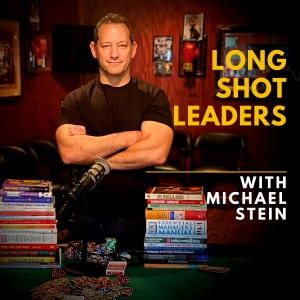 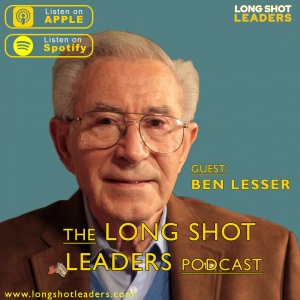 Ben Lesser Speaks on The Long Shot Leaders Podcast for 2 /12 hours about the horrific accounts of torture, near-death experiences from the Nazi death camps.

I believe sharing my story of going from a Nazi nightmare to an American dream can help others.”
— Ben Lesser

Lesser says that his life’s mission is to make people aware of the atrocities of the holocaust through his firsthand experiences but at the same time get people to concentrate on peace and kindness.

During a recent interview, Lesser, Author of the book, “Living a Life That Matters”, and founder of the Zachor Foundation says, “I believe sharing my story of going from a Nazi nightmare to an American dream can help others.”

Lesser goes on to say, “We can learn about resilience from survivors of all kinds.” Ben’s story and interview are on the Long Shot Leaders Podcast website.”

His story spans Jewish life in pre-Nazi Germany, the Nazi occupation of the Jews in Nazi Germany during World War 2 to his liberation at the end of the war.

“Long Shot Leaders,” tells the stories and secrets of leaders, Innovators, entrepreneurs, and various high achievers. They explore their struggles, shortcomings, challenges, and setbacks that ultimately lead to growth and betterment. Hosted by Michael Stein. Stein is an Entrepreneur, actor, filmmaker and stand-up comedian.

Here are some of the initial guests:

• Carl Gottlieb: The Writer of JAWS, The Jerk, and Caveman.

Stein urges all Podcast Listeners to visit the Long Shot Leaders website and sign-up for the email newsletter of upcoming weekly episodes. He looks forward to sharing many stories of “Long Shots” who have overcome large obstacles and found success.

Transfer money to over 100 countries, any currency type on your mobile phone