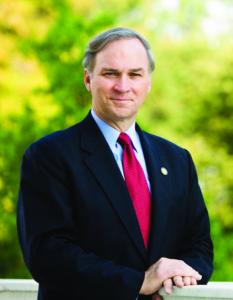 Educating people of faith to engage in public affairs is important for maintaining biblical values in our society.

Conservatism has been a target of the left for many years, but since a new administration entered the White House, it has come under fire as anti-democratic and un-American.

“The greatest fight we are in today is the fight for faith, both personally and as a nation,” said Forbes.

“Conservatism at its core is the belief that a majority of the people with power cannot change certain rights,” said Forbes. “There are certain authorities that are even above them.”

“Throw out faith, and I think you lose conservatism in America,” said Forbes.

Established in 2019 by Andrew Wommack and other Christian leaders, the Truth & Liberty Coalition offers a variety of programs, tools and resources to be able to focus on conservatism in the United States.

“Educating people of faith to engage in public affairs is important for maintaining biblical values in our society,” said Harris.

“We find often that churchgoers and pastors don’t know where to start,” said Harris. “Our goal is to educate audiences and connect with resources and groups across the nation to help them impact their own spheres of influence.”

“Conservatism really is a belief in the principles that are enshrined in the Declaration [of Independence],” said Harris. “And how does it begin? ‘That we hold these truths to be self-evident, that all men are created equal.’ So, you’ve got to have faith – it’s the foundational understanding.”

About Congressman J. Randy Forbes:
Randy Forbes is the president of the Congressional Prayer Caucus Foundation and National Strategic Center, and is senior director at the largest law firm in the United States. He formerly represented Virginia’s 4th District in Congress from 2001 to 2017.

About the Truth & Liberty Coalition:
Visit the Resource Center for great practical resources for standing for truth in the public square and learn about becoming a member.

Ocean Spray has been making marketing waves on Tik Tok