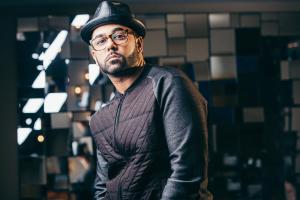 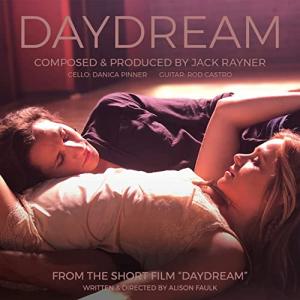 The duo of dance-based clips he refers to as “Love and Heartache” look at love through different lenses.

LOS ANGELES, CA, USA, March 30, 2021 /EINPresswire.com/ — In the heart of Hollywood, everyone has a story and is on a lifelong journey to finding their artistic voice. Jack Rayner grew up blocks away from the fame of Hollywood boulevard and is one of the many hard-working artists on an ever-evolving career path. A choreographer turned music producer, he finds himself specializing in every sector of entertainment with a long resume that includes television, film, and live shows that travel around the world. His body of work includes music contributions to the Katy Perry Prismatic Tour, Britney Spears’ Till The World Ends Tour, and Magic Mike Live shows on three continents. Never having been signed with a manager or agent, the self-made maestro’s skills can be heard in box office films like Magic Mike and Magic Mike XXL as well as the hit TV shows America’s Got Talent, World Of Dance and Lip Sync Battle. Jack Rayner’s work-ethic and drive keep his output weekly on projects with worldwide reach but always making time for indecent projects that strike his interest.

Few art forms are wholly interpretive as dance can be. Even riskier is dancing to an instrumental piece of music where there are no direct words to describe your thoughts or lyrics to pen your emotions. Dancers Sebastian Melo Taveira and Hannah Cleeve deliver an arresting adagio in Jack Rayner’s new music video, “Daydream.” In the past year, Rayner sat down and poured his heart out into two contrasting songs, “Daydream” and “Hold On Me – Jack Rayner Remix,” with Karma. The duo of dance-based clips he refers to as “Love and Heartache” look at love through different lenses. Choreographed by Alison Faulk (Pink, Madonna) and filmed in a cathedral in the middle of London, “Daydream” is a duet that is both delicate and adventurous. The guitar played by Rod Castro (Beyoncé, Bebe Rexa) acts as the voice of Sebastian whereas the cello, masterly performed by Danica Pinner, is the instrument that Hannah embodies. Taken from the short film of the same name, “Daydream” sees the dancers move in tandem climaxing with bodies drawn close and hope drawn high, something we can definitely use these days.