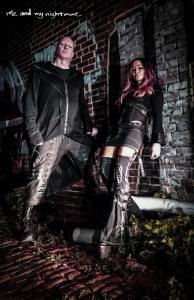 Me And My Nightmare 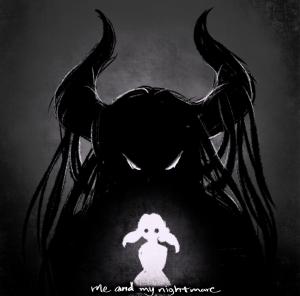 Me And My Nightmare – Mad World

Throughout all the madness, and no matter how much life sucks, she wants to remind everyone that love always wins.

When Tears For Fears released the original version of “Mad World” in 1982, the song didn’t chart in the United States. Since then, it’s steadily grown in popularity – and four decades later, it’s acknowledged as a new wave classic and a superb exercise in tight, epigrammatic songwriting. But “Mad World” has persisted for reasons that go beyond its compositional excellence. We still sing this song because it is, indeed, a mad world, and it’s only getting madder. Mea Fisher feels that madness mounting, and with her band Me And My Nightmare, she’s given the song its definitive 2021 update.

It isn’t merely that she’s got the ideal voice for the cover: one that communicates destabilization and anxiety, but also curiosity, temerity, and incisive intelligence. It’s that her attitude matches the track perfectly, too. For Me And My Nightmare, “Mad World” is a dark prophecy fulfilled – a vision of a vexed future first glimpsed by Roland Orzabal at the dawn of the MTV age and realized all too well in the troubled 21st century. Me And My Nightmare reimagines “Mad World” as a stormy, muscular industrial rocker, complete with an overdriven synthesizer and thunderous drums. Mea inhabits every verse and sings Orzabal’s stinging verses with the combination of compassion and criticism that has always characterized her performances. Fans of adventurous club music, challenging electropop, and mesmerizing, synth-driven rock music have followed her for a long time. She’s distinguished herself as a DJ in Chicago’s competitive house scene; she’s fronted the groundbreaking electro-industrial band Lords of Acid; she’s scored movies and videogames; and, with Me And My Nightmare, she’s demonstrated her skill as a concept-master. Mea has also developed a visual aesthetic designed to reinforce the themes and tone of the music she’s making – and that includes a wonderfully outrageous fashion sense. Once seen, she’s not soon forgotten.

In the “Mad World” clip, Mea plays master of ceremonies, splicing together footage of a world spinning too fast for anyone’s sanity. Scenes of the global pandemic, the past summer of protests, the Pacific Coast fires and Gulf Coast hurricanes, and our jeopardized coastlines are juxtaposed with images of the singer casting her spell in the vocal booth. There are also shots of a near-deserted Las Vegas and Mea’s adopted home of Los Angeles, looking beautiful but imperiled in the high summer sun. We’ve all felt a bit like the dog left in a box at the two minutes and thirty seconds mark – forlorn, a little battered, desperate to be taken in and comforted. Even though it’s a mad world, Mea still manages to find love when she finds the dog. Throughout all the madness, and no matter how much life sucks, she wants to remind everyone that love always wins.