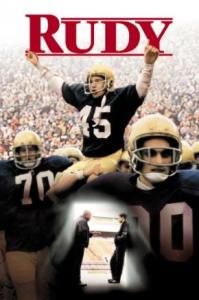 Houston International Sports Film Festival is on a mission to provide emerging filmmakers with a platform to launch and make a positive impact in people’s lives through the power of film.”
— HISFF

Lisa Furfine has secured corporate partnerships and promotional activations for The New Celebrity Apprentice. As CEO of the Furfine Network, headquartered in Malibu, she has built a vast network of connections in the sports and entertainment industries. Previously, she was associate publisher of SportsTravel magazine in Los Angeles for 17 years and show manager for the annual TEAMS Conference & Expo. Her background also includes strategic business development work for the Bermuda Tourist Authority, San Francisco Travel Association and Maritz Global Events, as well as advertising work for clients including Carnival Corporation, Walt Disney Pictures, Anheuser-Busch, Inc., and the San Diego Padres.

Brad Gann is a producer, writer and director, best known for Disney’s Invincible, starring Mark Wahlberg, Elizabeth Banks and Greg Kinnear, which was No. 1 at the domestic box office for two consecutive weeks. He is also the co-writer of Soul Surfer, starring Helen Hunt and Dennis Quaid, and the writer/director of the festival-winning indie Black Irish, starring Brendan Gleeson and Melissa Leo. His latest projects under development include: writer of Relentless, a sports drama about Vernon Turner, a professional football player; executive producer of Warriors & Kings, slated for a 2021 production in Bulgaria; and a graphic novel series for NASA that highlights the Artemis program, which will put the first woman on the moon in 2024.

Josh Merwin is a photographer, filmmaker and founder of the Houston International Sports Film Festival. He is best known for images published in ESPN Magazine, Sports Illustrated, The New York Times and Houston Chronicle. His most recent work, A Gift For Life, is a film in post-production that covers the kidney transplant of a college baseball athlete.

Angelo Pizzo is an award-winning writer, producer and director, best known for the inspirational movies, Hoosiers and Rudy. The Oscar®-nominated Hoosiers was a small-town basketball story based on the 1954 Milan High School state championship season, for which Pizzo earned an Independent Spirit Award nomination for Best First Feature. The film, which is part of the Library of Congress’ National Film Register, was named best sports movie of all time by both ESPN and USA Today. Pizzo’s second hit script, Rudy, the story of a Notre Dame student suiting up for the Fighting Irish football team, was also recognized by USA Today as the best football film of all time. Pizzo’s more recent work includes the script for The Game of Their Lives, the true tale of the 1950 US soccer team that beat England in a World Cup contest in Belo Horizonte, Brazil. In 2015, he wrote and directed My All American, an emotional drama centered on Freddie Steinmark of the 1969 Texas Longhorns. Prior to his career as a writer, Pizzo held various executive & development jobs for Paramount, 20th Century Fox & Time Life Films, where he became vice president of feature film production. He started in the story department at Warner Brothers Television. For his lifetime achievements, Pizzo was named a Sagamore of the Wabash, the highest civilian honor given to a resident of Indiana, as well as inducted into the Indiana High School Basketball Hall of Fame in 2014 and the Monroe County Sports Hall of Fame in 2018.

Houston International Sports Film Festival is on a mission to provide emerging filmmakers with a platform to launch and make a positive impact in people’s lives through the power of film. HISFF is looking for stories that go beyond the field and show the relationship between sports and life. The Screenplay Championship works to drive more attention to sports stories by recognizing the unsung writers of these inspiring scripts.

The event will be held on June 3- June 6, 2021. Writers may submit scripts for feature films, short films and television pilots to HISFF Screenplay Championship, now through midnight on April 25, 2021. Winners will be announced during the festival’s medal ceremony and receive autographed sports scripts, professional consultations and tickets to professional sporting event.

For more information on the Houston International Sports Film Festival, visit hisff.org. Details on the screenplay competition are available at eventhorizonfilms.com.
###

About Houston International Sports Film Festival: HISFF (www.hisff.org) is founded by Josh Merwin, who has a background in sports photography and filmmaking. Looking for interesting and impactful stories about athletes, he found the story of Carson Kainer, a University of Texas baseball player needing a kidney transplant to save his life and chase his dreams of playing professional baseball. Merwin documented Carson and his family’s life for over six years and then again once Carson’s son started playing baseball. Hoping to make a major impact for organ donor awareness, he needed a platform to generate awareness for the film and the importance of organ donation. Merwin realized there was no major sports film festival in the US and began formulating a plan, knowing there were more filmmakers like himself needing this type of festival platform to launch their projects. As a Houston-native, Merwin decided to start his sports film festival in the city he calls home. In addition to supporting organ donation, HISFF will also have a programming track that highlights the importance of racial equality. He will use film as an educational tool to help carry on the conversation for years to come.