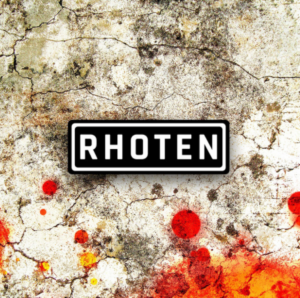 LOS ANGELES, CALIFORNIA, UNITED STATES, March 30, 2021 /EINPresswire.com/ — Rock artist, Jon Rhoten, releases his first album, Rhoten, created entirely by himself. The 4-track album was written, performed, produced, tracked, mixed, and mastered all by the artist at his own Rhoten Studio.

Rhoten is a mix of psychedelic, Brit-rock, alternative, and post-punk; with groovy bass, raw drums, guitar, and subtle sounds of keys.

When creating the album, Magnifier wanted to make something authentically his without input or help from other artists. He was able to make songs in the style he liked and without being told to have a specific message. Rhoten is the truest reflection of his influences and style and was named after the artist’s real last name.

Jon Rhoten didn’t just think of himself when creating the album, he tried to create something he thinks his fans would genuinely like. “I hope the listener feels my intimacy and hears how I try and keep the vocals raw and expressive.”

Rhoten features four cohesive standout tracks. The intro “Undone” highlights the perpetuity of time and its restriction on our lives. “Sing My Song” speaks to the fear of messing up. In this second track, Magnifier writes from his personal experience during his first performance, and how the more he played the less fearful he was. “Pathetic” is about the karma that always seems to come around hater or doubters in our lives. Finally “The Space That Binds” a tribute to Jon Rhoten’s psychedelic use days, is a ride for all listeners from start to finish.

Rhoten is available now on all major platforms. To stay updated on future projects, follow Magnifier on Facebook.

At the age of 15, Jon started playing the guitar and having a passion for bands. He was heavily influenced by the British rock movement as well as Indie Alternative and was later inspired by guitarist Billy Duffy of the Cult. Started playing guitar at a young age, he enjoyed Manchester’s music scenes like Stone Roses, Happy Mondays, and The Charlatans. He used that influence and incorporated it into his music. From 1993-2000 he had the opportunity to work with producer John Parker, writing Jingles and working on brand development; which shaped him into the Musician he is today. Gaining experience with joining bands in the 2000s whilst also discovering his own talents for being a solo Artist and producing his own music; He began producing Albums and EP’s and now enjoys sharing his creations with listeners. Jon Rhoten looks forward to producing new projects in 2021 by sharing his story through a unique and compelling narrative.