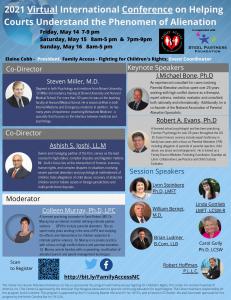 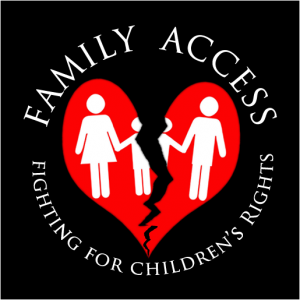 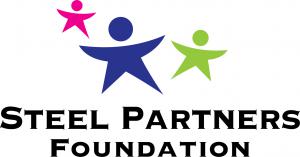 The level of emotional suﬀering reported by cut-oﬀ grandparents was very signiﬁcant and could be examined in terms of a national health crisis.

NEW YORK, NY, UNITED STATES, March 22, 2021 /EINPresswire.com/ — Family Access – Fighting for Children’s Rights and the Steel Partners Foundation today announced that Dr. Carol Golly, an expert in the field of parental alienation and grandparent alienation, is presenting at the upcoming Virtual International Conference on Helping Courts Understand the Phenomenon of Alienation from May 14-16, 2021.

With 70 million grandparents in the US and a three-fold increase in life expectancy over the past 200 years, it would appear grandparents are well situated to enjoy long and satisfying relationships with grandchildren. Over 70 percent of grandparents report that being a grandparent is the single most satisfying thing in their lives. How can it be, then, that instances seem to be on the rise in which grandparent/grandchild relationships are never established, disrupted, or are cut-oﬀ? Although the phenomenon has only recently been identiﬁed, it is clear that grandparents in such circumstances may suﬀer profound feelings of grief and loss, as well as serious physical and mental health problems.

Dr. Golly will summarize investigations in the ﬁeld of grandparent cut-oﬀ and discuss highlights from her study, including written words of wisdom from several study grandparents. As a founding board member of Alienated Grandparents Anonymous, Inc. (AGA), she has participated in grandparent support group meetings in the US, Canada, and Great Britain. Since 2011 AGA has grown to include AGA alliances in all 50 United States and many countries throughout the world, reﬂecting the global crisis of grandparent cut-oﬀ and the call for eﬀective intervention and support for aﬀected grandparents.

Dr. Golly maintained a private practice in Florida for 20 years as a child and family therapist. She worked for several years as a clinician at Stable Paths in Miami, FL, treating court-ordered families experiencing severe parental alienation. She maintains a limited private practice and works full-time with military families and their young children in North Carolina.

Registration information and conference details are available at: www.familyaccessfightingforchildrensrights.org/helping-courts-understand-the-phenomenon-of-alienation-nc-conference.html.

Our primary concern is the children and grandchildren and then the complete family. Sadly, the children and grandchildren who are alienated from family are being treated as pawns and property. They are neither. They are human beings, and they should not be regarded as such by their parents or any other family member. We contend that it should be illegal to use children as pawns or instruments of spiteful behavior to prevent them from interacting with ALL other family members. Our purpose and goal are to ensure the preservation of extended, traditional family relationships. In the process of this hell on earth called alienation, we need all the knowledge, support, and resources we can get to help our children and grandchildren and then ourselves. Professionals who deal with alienation in helping families will glean much from this website as well. To contact us, please email familyaccessinnc@aol.com.