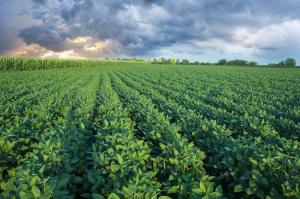 Plastomics provides Amfora with the benefits of commercial savvy and advanced capability for soybean transformation with timelines that will accelerate our R&D objectives,”
— Michael Lassner, Ph.D., Amfora’s Chief Science Officer

Amfora is building a platform of technologies that enhances the nutritional density of food and feed crops. The company is applying these technologies to develop a pipeline of products aimed at meeting the growing global demand for foods that are high in protein while enhancing sustainability. Amfora is initially focused on developing soy as a scalable, low-cost high-density protein source for aquaculture feed, for plant-based meat and for other animal protein replacements.

Under the terms of the agreement, Plastomics will use its proprietary transformation technologies to introduce Amfora gene-editing constructs into high performance soybean germplasm. Financial terms were not disclosed.

“These are capabilities we utilize every day as a part of the advancement of our novel chloroplast transformation platform,” he said. “Our collaborations with biotech companies like Amfora allows us to help small and mid-size companies accelerate their pipelines while we grow our own technology platform.

Plastomics is a plant biotechnology company making more effective and sustainable crops by delivering valuable traits to the chloroplast – the solar engine of the plant. Plastomics is committed to using its technology to produce the next generation of agricultural crops to feed a growing world. Plastomics is located in St. Louis, Missouri in the center of the 39 North Innovation District in the middle of America’s Heartland. This location provides access to the benefits and capabilities of the local entrepreneurial and academic community, including the Donald Danforth Plant Science Center. For more information, please visit www.plastomics.com.

Amfora is a biotechnology company that is harnessing biology to sustainably nourish the world’s population and enhancing wellness. Amfora’s mission is to meet the growing global demand for foods that are high in protein by enhancing the nutritional density of food and feed crops, while reducing the cost of food and the environmental toll on the planet. More information can be found at www.amforainc.com.

This press release contains “forward-looking statements” relating to future events. These statements may be identified by words such as “may”, “could”, “expects”, “intends”, “anticipates”, “plans”, “believes”, “scheduled”, “estimates” or words of similar meaning. Such statements are based on current expectations, estimates, projections and assumptions, describe opinions about future events, involve certain risks and uncertainties which are difficult to predict and are not guarantees of future performance. Therefore, actual future results, performance or achievements of Plastomics may differ materially from what is expressed or implied by such forward-looking statements due to a variety of factors, many of which beyond Plastomics’ control, including, without limitation, those risk factors contained in Plastomics’ reports filed with the appropriate securities authority. Plastomics disclaims any obligation or commitment to update these forward-looking statements to reflect future events or developments or changes in expectations, estimates, projections and assumptions

C4 Imaging Announces Addition to Board of Directors