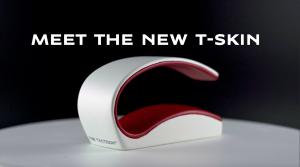 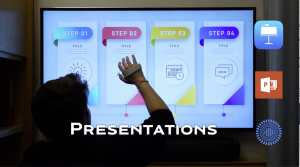 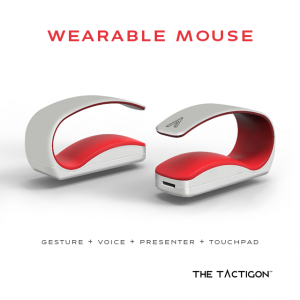 The essential 3D Wearable Mouse with gestures and voice control, perfect also like presenter or touchpad

My idea was to create an ergonomic wearable mouse device, highly functional, stylish and fashionable. Professionals would love it as it would speed up their workflow and boost their productivity”
— Massimiliano Bellino – CEO Next Industries srl

MILAN, LOMBARDY, ITALY, March 23, 2021 /EINPresswire.com/ — The countdown has started! On March 23, open doors for Tactigon SKIN reload and its crowfunding campaign on Indiegogo.

What make this “reload version” so special? It’s a wearable mouse able to make you control pc, robot arms, power point presentations through the two most natural human elements of daily use: the voice and the gestures. They can become interface tools between man and machine because the human action tunes into commands for the machine through natural movements of the hand/arm/fingers and vocal language ( MEDIAKIT: download ).

“The ability to control device with gestures and voice has a broad range of application in IoT and beyond.

Why Reload? Because Tactigon is a family of products existing since 2017.

Thanks to these use cases, we could understand what was important to improve, and here it comes the version Reload: thinner, lighter, to be worn on your hand, with patented design, with addition of voice control feature to the already existing Artificial Intelligence algorithm.

If compared to competitors, Tactigon SKIN Reload has all the features that other competitors do not have or have only partially:
• It is scalable for different applications (3D mouse, robotics, PC controller, video games controller, VR/AR application controller)
– It can recognize complex gestures (combination of n° 2 Tactigon SKIN on the 2 hands)
– It learns to recognize user gestures better and better thanks to artificial intelligence algorithm

Thanks to all this features your activity can really experience a workflow boost, as Tactigon SKIN Reload through its functions is a TIME-SAVING device, also for Industry 4.0 applications: if a robot/cobot is connected, it can learn how to act through the movements and this avoids the continuous re-program procedure every time the robot/cobot is moved, for example.

Our crowdfunding campaign for Tactigon SKIN Reload opens on March 23! You can support our project here
or through our referral program here.

[Next Industries srl]
The Tactigon is a brand of Next Industries srl – MILANO -, an Italian Company born in 2014, dealing with IIoT and wearable devices with Artificial Intelligence algorithm thus allowing a very natural user experience. Some key results reached during these last 5 years of activity: design patent pending, quality certification, certification of excellence and 1st phase victory in the European SME Instrument project with our Tactigon.

BioCorRx Appoints Finance Veteran Joseph J. Galligan to the Board of Directors