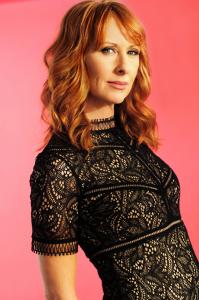 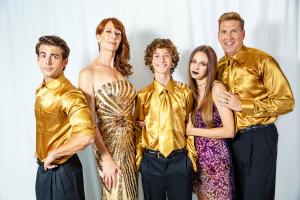 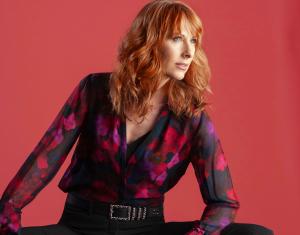 Set in 1998, DONNY’S BAR MITZVAH showcases the highly dysfunctional family surrounding 13-year-old Donny at his Bar Mitzvah as seen through the lens of a hired videographer. Donny’s self-absorbed, scowling, neurotic mother Sherryl (Braun) only enflames the chaos as he tries to make his entrance into manhood during what turns out to be a wildly inappropriate, surreal and hilarious evening involving sex, drugs, secrets and a surprisingly heart-warming twist.

Coming soon, Braun will return as ‘Kathy’ for her fourth and final season of the beloved Netflix coming-of-age series, ATYPICAL. The series focuses on the Garner family, specifically Sam (Keir Gilchrist), a teenager on the autistic spectrum, growing up and looking for love and independence. Introduced during the first season, Kathy (Braun) has been the often uptight but well-intentioned leader of the autism parent support group and good friend to Sam’s mom, Elsa (Jennifer Jason Leigh).

The two projects span different styles of comedy, giving audiences a chance to see her comedic range. “To go from a very real and heartfelt show like Atypical, and then do this kind of outrageous mockumentary is lots of fun for me, as an actress. I love playing comedic characters that are trying to hold it together, while underneath it all, everything is falling apart,” Wendy shares. “While audiences might call some of the characters I play demanding or neurotic, I see their humanity in wanting things to just go well — ok, let’s say ‘perfect’. I seek to understand what drives them, and then I just have fun playing in those circumstances.”

Audiences have been enjoying a range of scene-stealing performance from Braun on the big and small screen for years. Her extensive TV and film credits include recent appearances in the comedy feature, The Clapper alongside Ed Helms and Tracy Morgan, ABC’s medical drama Grey’s Anatomy opposite Ellen Pompeo, It’s Always Sunny in Philadelphia beside Danny DeVito, and IFC’s hit Documentary Now! with Fred Armisen.

Braun has racked up over 80 film and TV credits, including guest-starring roles on hit shows like The Mentalist, Bones, Criminal Minds, Castle and Navy NCIS; and recurring roles on iCarly and General Hospital, which lead to a contract role in the spin-off, General Hospital: Night Shift. Braun has more than 1000 voice-over credits, including the sexy, snarky undercover agent, Gianna Parasini in the hugely popular video game series, Mass Effect; and alongside SNL alum Bobby Moynihan in Cartoon Network’s animated comedy series, We Bare Bears.

In addition to her acting career, Braun has emerged a sought-after inspirational speaker and global thought leader in the artistic community as a Transformation + Well-Being Expert. This month Braun is a featured guest expert on Awake TV’s “Coalition For Global Unity”, where she joins other notable leaders, to share her powerful guided meditations and spiritual insights. Braun founded ActorInspiration.com, a top resource dedicated to providing practical and empowering tools to help creatives radically transform their lives and careers. StellaNova casting has declared Braun “a spiritual game-changer for creatives.” Braun recorded her popular guided meditation “Easing Anxiety + Improving Well-Being” as a gift when the pandemic first began, and it has been downloaded by thousands of listeners. Currently available at: ActorInspiration.com/EasingAnxiety